ABOUT MINERS’ BEND ~ Includes photos below.

The City of Sutter Creel owned a weed covered lot at the south end of Main Street, which is the entrance to town, and they decided this would be the perfect location. They approached the City with the idea of using the lot to build an outdoor museum and park which would tell the story of gold in Amador County.

A local artist donated his time and talent to create a conceptual drawing and two local engineering firms donated the surveying and construction drawings.  From these they were able to estimate a budget of $164,000. They presented the plans and the budget to the City and received their overwhelming support.

At this point, the Sutter Creek Community Benefit Foundation stepped up and agreed to help raise the funds needed to build the project.

Our local Native Sons of the Golden West, Amador Parlor #17 pledged $10,000 and also committed to hold an annual shrimp feed, with all proceeds going to the Sutter Creek Community Benefit Foundation to be used for historic preservation in Sutter Creek. The first shrimp feed raised $8,400 and the second raised an additional $8,000.  They also applied to the NSGW Historical Preservation Foundation and were awarded a $5,000 grant.

The money from the Historical Preservation Foundation and Amador Parlor #17 got the project rolling and a “Name the Park” contest and a commemorative brick walkway got the community involved.

The Sutter Creek Community Benefit Foundation held a groundbreaking ceremony on June 1, 2015 and work began the very next day with over 90% of labor to build the park being donated by local contractors and citizens. As work began, donations of money, materials for construction and additional artifacts started pouring in. Artifacts were set, concrete walkways were poured, a 250 ft Chinese rock wall was constructed and a parking area was created.  The Sutter Creek Lions donated benches and a picnic table for the park. These were placed under the large oak tree.

A Grand Opening was held on June 9th, 2016, just over a year since work began. With construction now complete, all that remained was the interpretive signage. This turned out to be a major task, but Ed and his wife Mimi took on the job of creating the stories for each artifact and finding historic photos to go along with every story. After 3 months and countless hours, the 18 interpretive signs were complete and another Sutter Creek citizen volunteered to fabricate the metal frames that hold the signs.

Shortly after the grand opening Tom Blackman, a local Amador County resident, contacted the foundation and donated the three incredible bronze statues of miners hard at work panning for gold. This added the final touch to Miner’s Bend Park.

The park is now complete and with the help and support from the citizens of Sutter Creek and donations of material and labor from local contractors and individuals, the project came in 50% under budget.

This project brought our community together and also gave the Sutter Creek Community Benefit Foundation a chance to show the community what our organization is all about.

We would like to especially thank the local contractors and volunteers who helped make this dream a reality. 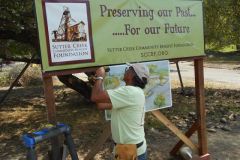 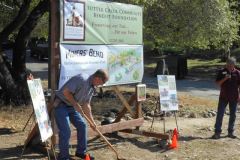 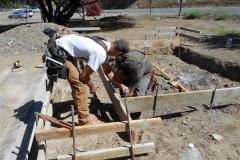 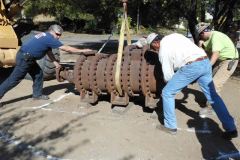 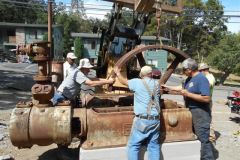 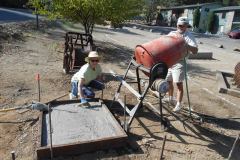 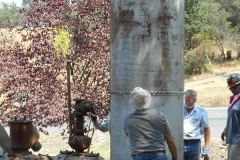 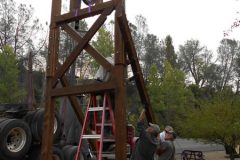 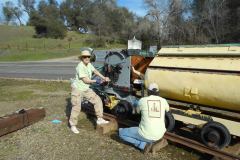 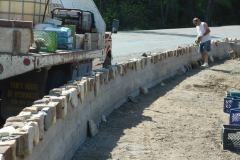 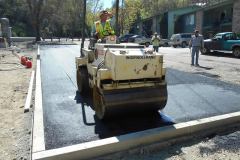 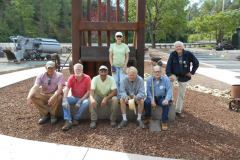 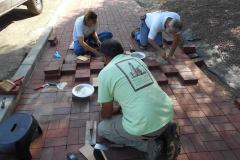 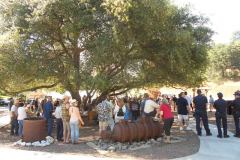 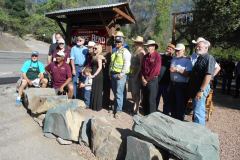 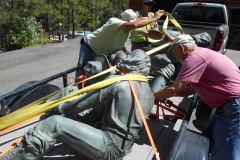 A charming balance of old and new, today’s Sutter Creek maintains its Gold Rush facade while catering to the wants and needs of visitors from around the world. Shop, dine, slumber, stroll, wine taste, and enjoy the atmosphere of Sutter Creek in California’s Amador County.